How genetic testing can help keep cancer in check 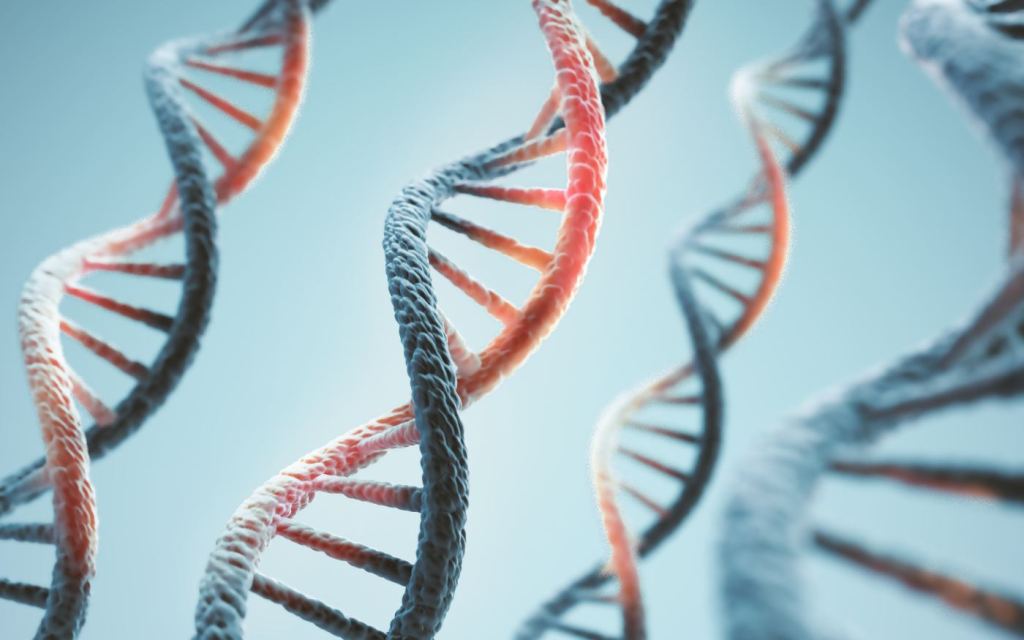 Our bodies come with genes that repair damage inflicted on our DNA. When these tumor-suppressor genes themselves mutate — and therefore become ineffective — cancer can flourish. Photo courtesy of Getty Images

Genetic counselor Jessica Heinzmann hears it all the time: “I already have cancer. Why do I need to get genetic testing?”

Just a decade or so ago, that would’ve been a reasonable question from a patient. Back then, genetic testing would’ve offered insights only for the patient’s relatives.

Now, however, advances in medicine mean genetic testing can drive the patient’s real-time treatment, with medications tailored to whatever gene mutations the testing has revealed.

“It may actually change their chemotherapy, their maintenance medication or make them eligible for clinical trials,” Heinzmann said. 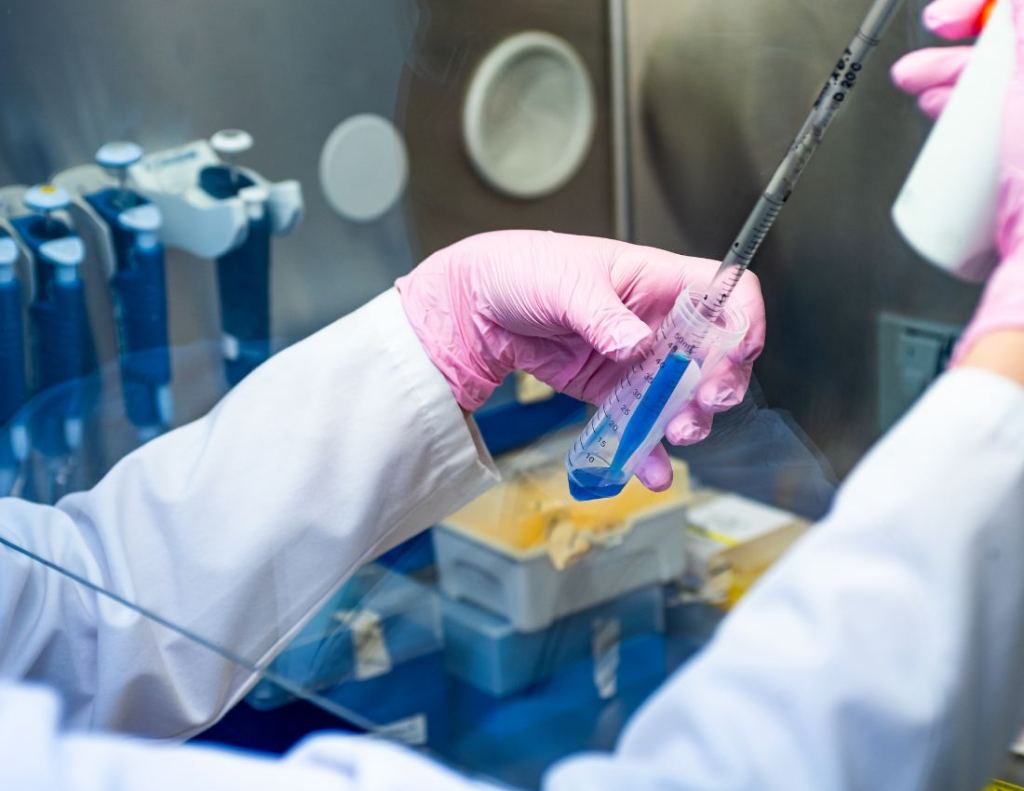 To be clear, nobody has a “cancer gene,” or a gene that produces cancer, she said.

Our bodies come with genes that repair damage inflicted on our DNA by everything from replication errors to assaults from toxins in the environment. When these tumor-suppressor genes themselves mutate — and therefore become ineffective — cancer can flourish.

“Our bodies are incredible, because with all of these insults we get exposed to that cause genetic damage, our bodies have surveillance mechanisms: They go through and they identify mutations and they fix them,” said Dr. Ana Maria Lopez, chief of cancer services at Sidney Kimmel Cancer Center, Jefferson Health, in Washington Township, Gloucester County.

Picture them as a line of soldiers constantly patrolling to protect our genes. If one of those soldiers falls down on the job, the enemy has an open pathway to attack.

“That’s their function. So, if they’re not working, you’re starting off with a higher risk. Having a mutation doesn’t mean you’ll definitely get that cancer. It just means you’re at a higher risk than the general population,” said Heinzmann, a certified genetic counselor with Atlantic Health System.

Most cancers are not the result of such mutations. The National Cancer Institute estimates inherited genetic mutations play a major role in just 5% to 10% of all cancers. Within that small percent, however, researchers have associated mutations in specific genes to more than 50 hereditary cancer syndromes, which are disorders that may predispose individuals to developing certain cancer.

Such cancers may respond to a different treatment than seemingly comparable cancers not linked to a genetic mutation.

“That’s where genetic information can affect treatment,” Lopez said. “So, even though tumors may look the same under the microscope, Mrs. Smith’s cancer and Mrs. Jones’ cancer may be different, and they need to be treated differently.”

She cited the newer class of medications, called PARP inhibitors, now given to some breast and ovarian cancer patients. Such drugs used to be recommended only when the cancer had spread, or metastasized. “Now we know they can be effective earlier, so that a patient who is initially diagnosed can benefit as well,” she said.

That’s where genetic counseling and genetic testing come into play.

“I think patients are sometimes surprised that I take time to go over family history. It’s because it is very important,” Lopez said. “And not everybody talks about their family history. They’ll say, ‘Oh, Aunt So-and-So died early,’ but they don’t know why.” 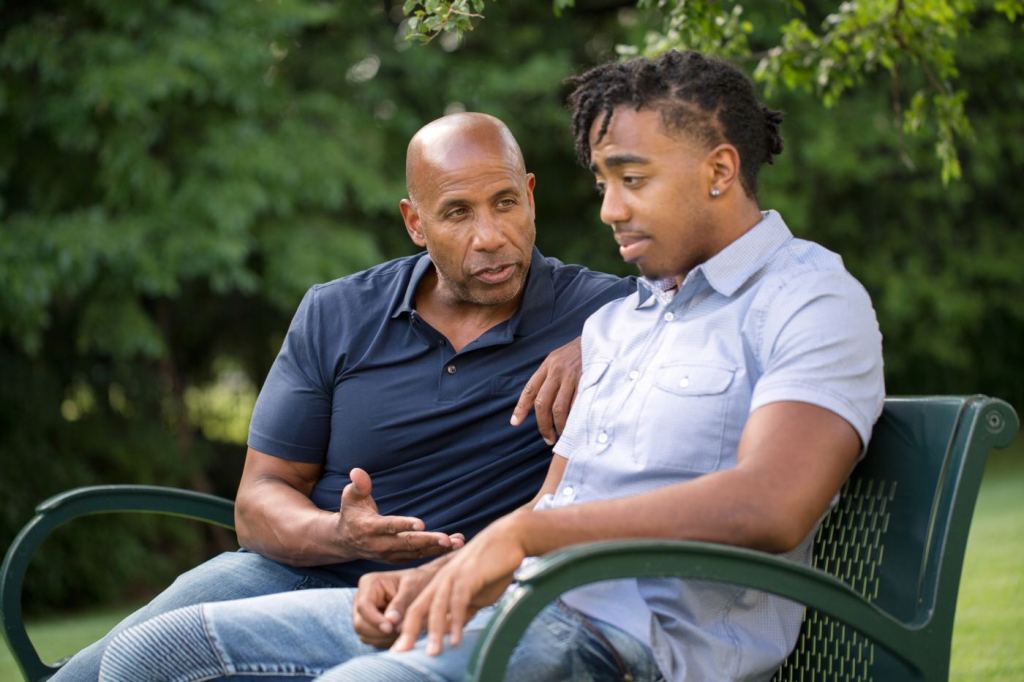 It’s important to talk to family members about health history so you can take the proper precautions and get tested accordingly. Photo courtesy of Getty Images

Often, that family health history is shrouded in secrecy, rumor or silence.

“I have a lot of people who are sitting in front of me, and they’re frantically calling their great aunt to get the information,” Heinzmann said. “It’s really important to talk to these relatives while they’re still here. In older generations, people didn’t really talk about cancer. And especially for female relatives, it was kind of taboo. We find that when it’s female cancer, we don’t know very much.”

Heinzmann said she often encounters other problems with the family health lore that gets passed down:

“If you report the wrong information, we can only go on what you tell us, and we may be missing something,” she said.

A patient with X cancer shouldn’t assume genes aren’t a factor just because no one in their family tree had X cancer. Researchers now know some gene mutations are linked to multiple forms of cancer. The BRCA 1 and 2 mutations, most often discussed for their link to breast cancer, are also linked to other types as well. 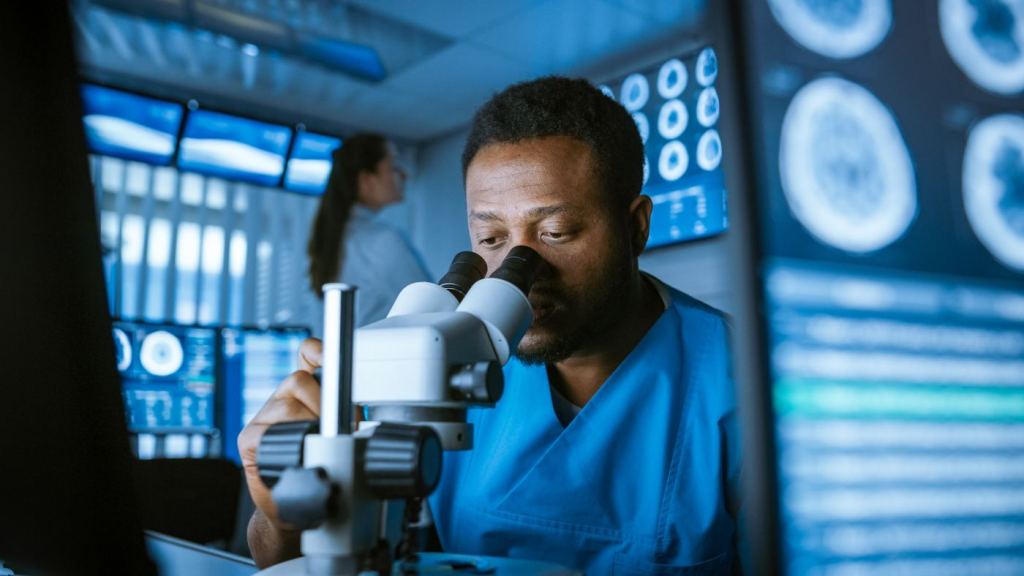 Researchers have associated mutations in specific genes to more than 50 hereditary cancer syndromes, which are disorders that may predispose individuals to developing certain cancer. Photo courtesy of Getty Images

Just because someone has these genetic mutations in their family history doesn’t doom them to the disease. The information can be used to forestall or even prevent the arrival of cancer.

For the BRCA 1 and 2 mutations, women can have mastectomies or surgical removal of their ovaries to guard against breast or ovarian cancer.

For genes linked to colon cancer, they can have colonoscopies more often, or start them earlier in life. The same goes for skin cancer, or melanoma.

The rule of thumb is to start screening 10 years before the youngest relative was diagnosed, Lopez said. So, someone with a relative who developed colon cancer at 40, for example, should begin screening at 30.

There are even ways to inspect the pancreas via an endoscopic ultrasound if that type of cancer runs in one’s family.

Luckily, the cost of genetic testing has dropped dramatically since a 2013 landmark U.S. Supreme Court decision that blocked one company’s attempt to patent a key part of the process. What used to cost thousands of dollars — resulting in the reluctance of insurance companies to cover it — now costs about $250, and insurance often covers it.

That’s why patients who were diagnosed and treated years ago may want to get tested again; the current panel Lopez uses tests for 40 mutations, not just the BRCA ones.

Kathleen O’Brien was a longtime columnist and health writer for The Star-Ledger. She continues to report on all facets of the health care industry for Jersey’s Best.

This article originally appeared in the Spring 2022 issue of Jersey’s Best. Subscribe here for in-depth access to everything that makes the Garden State great.