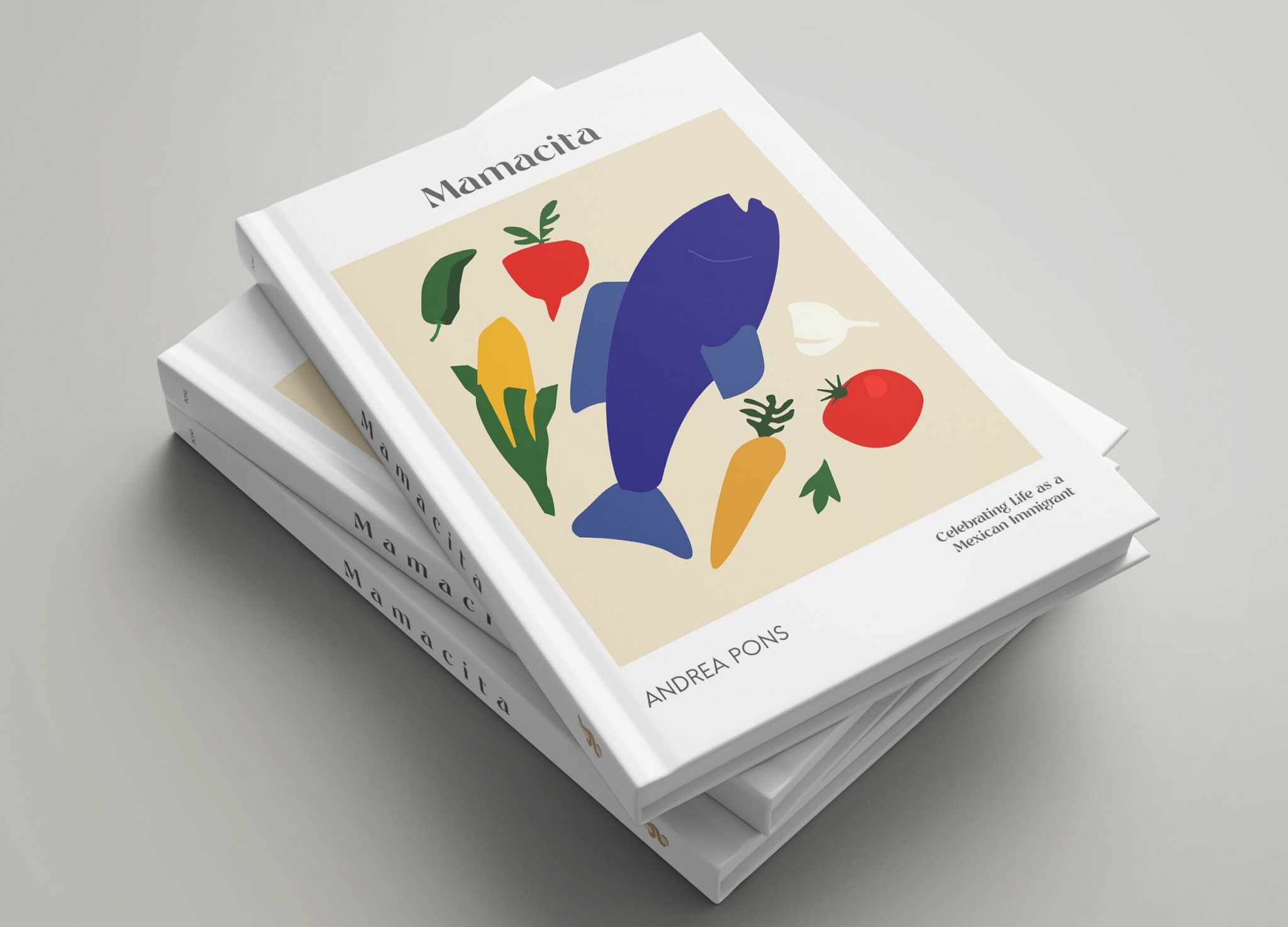 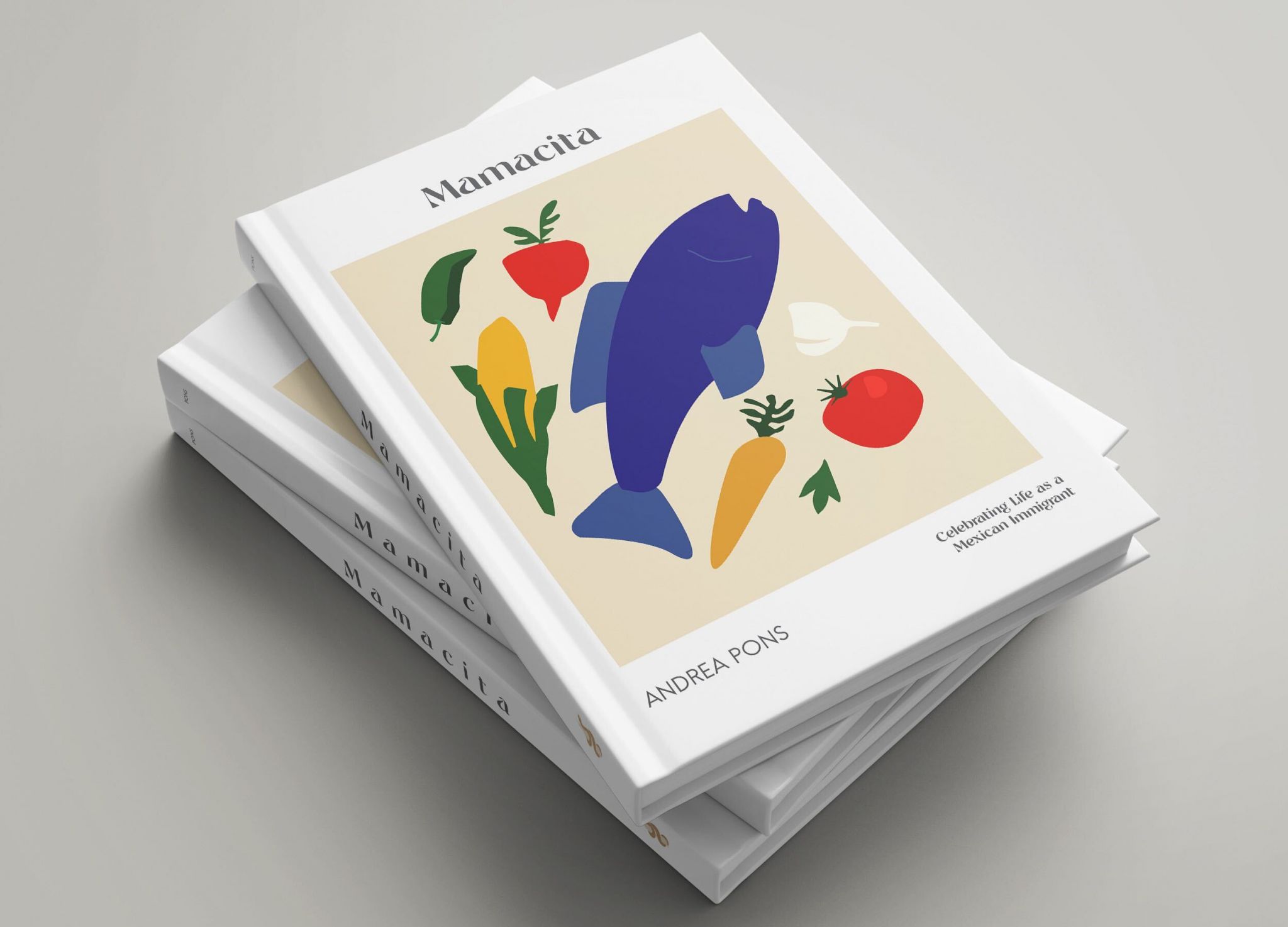 “I didn’t mean to,” says Pons of the slight to her country’s most famous dish, but when she realized, she didn’t mind. “Anything can be a taco,” she explains. “It’s more of a tool than a dish.”

The attitude fits well for a cookbook created with a purpose. Last June, Pons received notice that she was about to be deported, and now, a year later, having gained American citizenship, she is combining her longtime passion project with her new privilege and aiming to bestow the same legal status on her parents. The stunning “Mamacita: Celebrating Life as a Mexican Immigrant” is now available for pre-order and starts shipping mid-June, with all of the profits funding Pons’s parents’ bid for citizenship.

The book shines with images styled by Pons – who works professionally as a food stylist for big brands like Starbucks and local restaurants like Musang – and shot by her photographer friends and colleagues. It features more than 60 recipes from Pons’s family, passed down through generations of women and often unique to León, Guanajuato, the central Mexico city where she grew up. Dishes like the chiles rellenos her mother made every year for her birthday, the orange bundt cakes her grandmother sold to support her six children as a young widow, and the regional specialty torta guacamaya, the macaw sandwich, named in honor of the colorful bird resembled by the bolillo roll stuffed with crunchy chicharrones, avocado, salsa, and pico de gallo.

Pons draws on her family as the source of her cookbook content, but they also form the inspiration to create it. After getting married at age 20, she ended up divorced and lonely three years later, “with no connection between my heart and what I was eating,” she says. She began cooking as a way to heal, trying to recreate the recipes she remembered from growing up in Mexico, before her family immigrated when she was 10 years old. 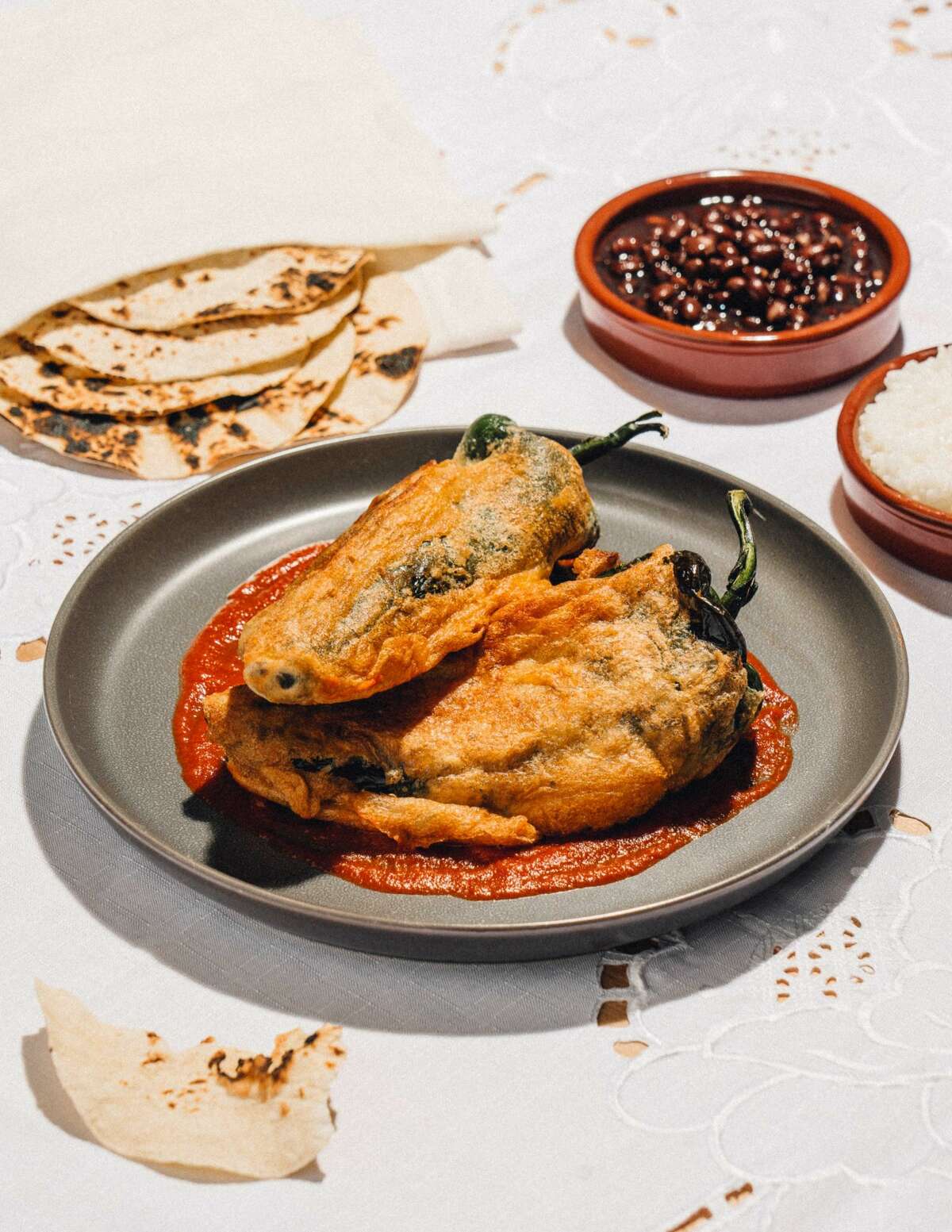 Recipe from Mamacita: Celebrating Life as a Mexican Immigrant

“When we first moved, there was a lot of fear on me and my sister,” she says. They told people they were Mexican-Italian because she had an Italian ancestor, in an attempt to feel safer in the new country, to avoid discrimination. Cooking just for herself for the first time became a way to push back against the lies she had to tell, building back the bridges to her heritage and the country she had left more than a decade before. In doing so, she fell on the idea of creating a cookbook to immortalize those recipes. Her grandmother, the source of many of those recipes, has Alzheimer’s, and Pons considered it a way of never forgetting her, never forgetting Mexico, never forgetting her childhood there.

Originally, it had no objective beyond her own rehabilitation, and so, as with many passion projects, life happened, and Pons got distracted. She moved to a new apartment, got a new job, and stopped working on it. Then, faced with deportation last June, she returned to the book with renewed purpose.

Both of Pons’s grandmothers are still alive, living in Mexico, but are no longer physically able to travel. Yet, because of her family’s immigration status, nobody has been back to see them in the 16 years since immigrating. “People got a taste of that with the pandemic,” she notes, of that desperation to be near loved ones, the sadness of not seeing her grandfather before he died, her mom unable to attend her sister’s funeral. “My parents chose me and my sister over the family,” she says of the sacrifices they made to bring her here. When she received citizenship in November, she suddenly saw, in the cookbook, a way to return that gift and sacrifice her parents had made.

Her citizenship came as something of a surprise. Pons applied for a standard removal of restrictions on her green card, but hadn’t heard back from the government in more than two years. The response she eventually received, in June 2020, denied her request and informed her she was up for deportation. In a panic, she called an immigration lawyer, spending the summer – and all her savings – worrying and fighting the order, assuming she had years of limbo in front of her. But then in November, out of nowhere, the USCIS invited her to take a citizenship test. She and her lawyer went in, she took the test, and left two hours later, citizenship certificate in hand. Neither of them knew how it happened or why the government changed its mind. But she was suddenly the first member of her family to be an American citizen. 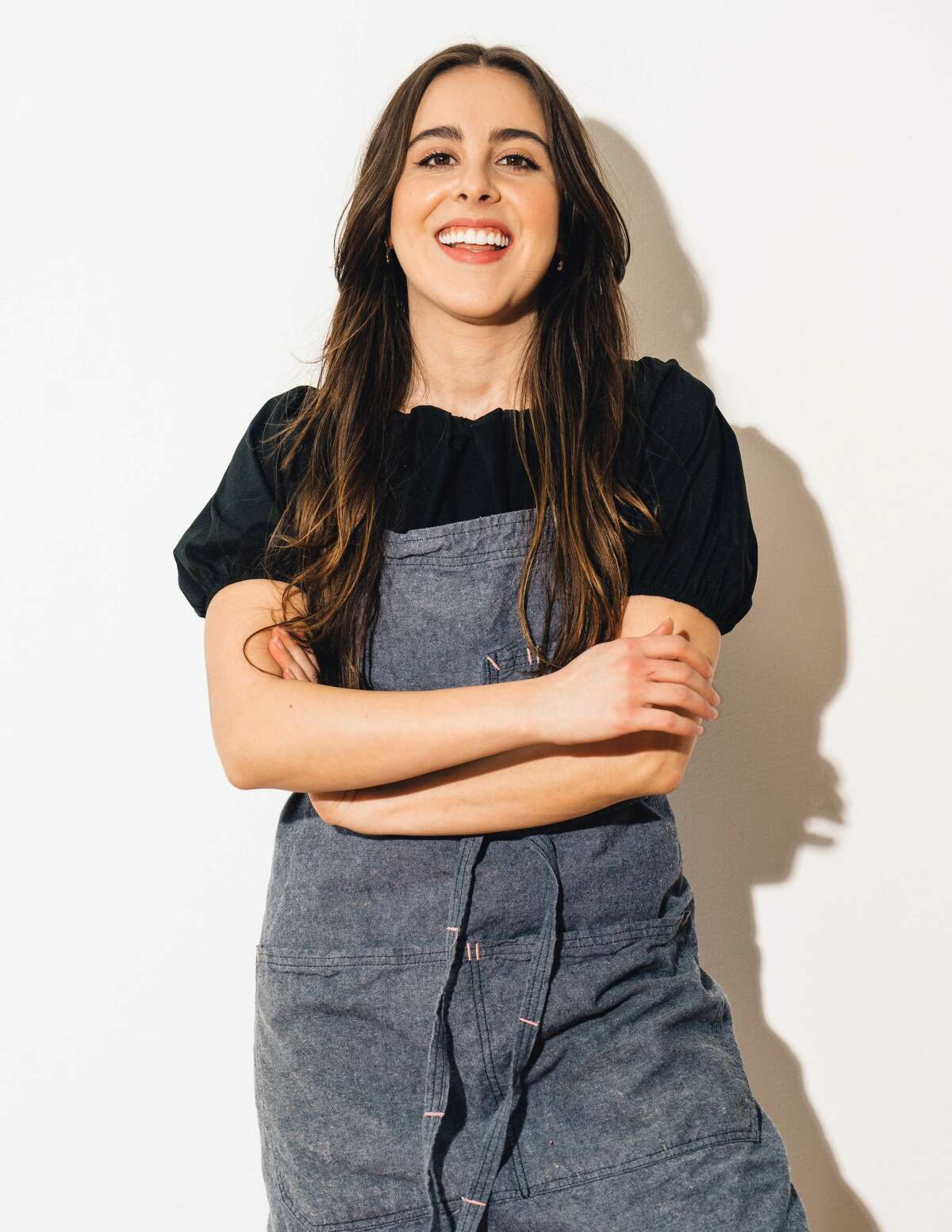 “It wasn’t just me accomplishing this,” she says, but something her whole family had done, and it meant that she would be able to open the same doors for her parents. But in the same breath that she acknowledges her own privilege in having had the savings to pay the $10,000 in costs and lawyer fees to become a citizen, she explains that neither she nor her parents had another $20,000 to get them through the same process.

“It gave a breath of new life to my cookbook,” she says of the then-floundering project. “It made the cookbook a journey of intentionality.” While she couldn’t support her parents financially, she could use the book as a fundraiser for their legal fees. “To be an immigrant is scary,” she says. “This is an opportunity not just to help my parents, but to share our story… to give them courage.” Her parents spent so much time living in fear of discrimination, afraid of flying, of going near the border, and the book is her path to change that, a tool to keep her family safe. 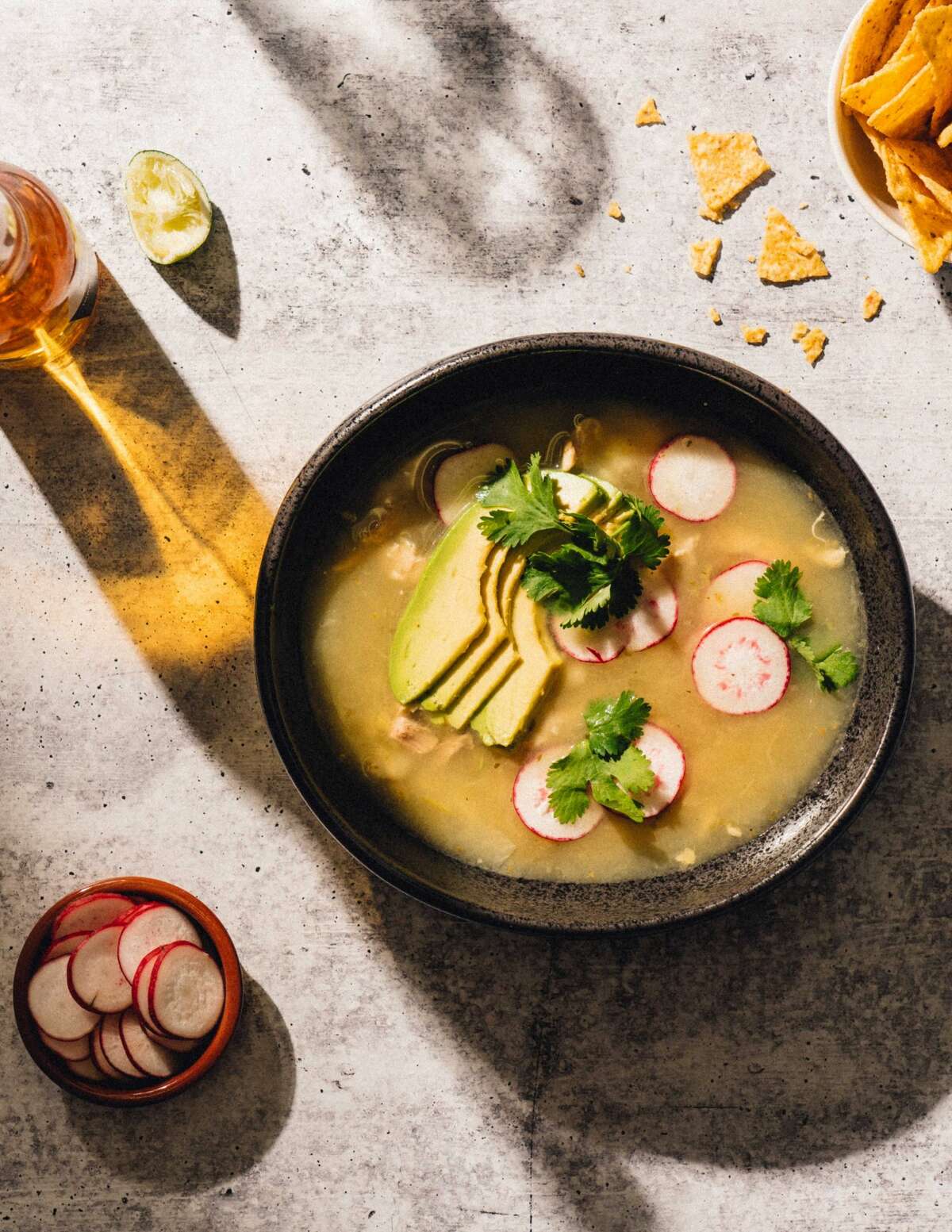 Recipe from Mamacita: Celebrating Life as a Mexican Immigrant

She also hopes it can create more visibility around the hidden process of immigration. As the only immigrant in her friend group, the trek to citizenship felt isolating, and she found hearing other people’s stories helped her through. “I want to inspire people to share stories,” she says. Like tacos, she sees the book as a tool, adaptable to many situations – to give her parents safety and comfort, other immigrants the courage to speak their truth, and everyone else the joy of creating delicious heirloom regional recipes of Guanajuato.